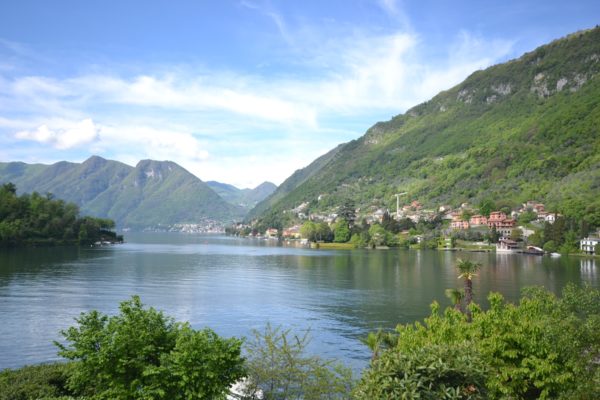 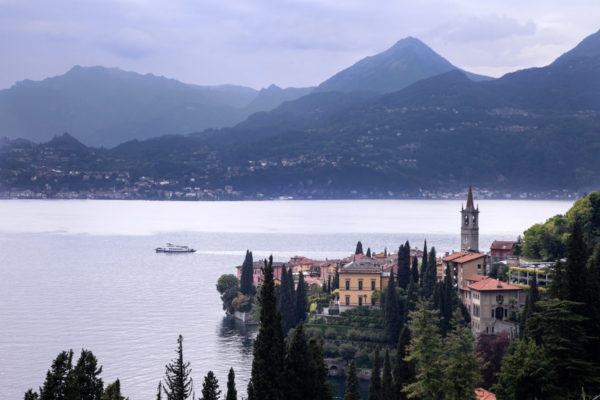 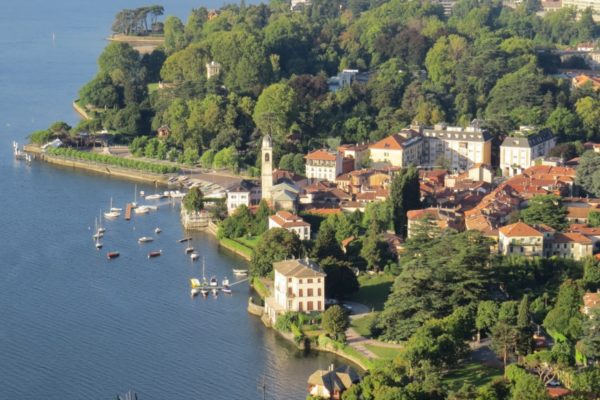 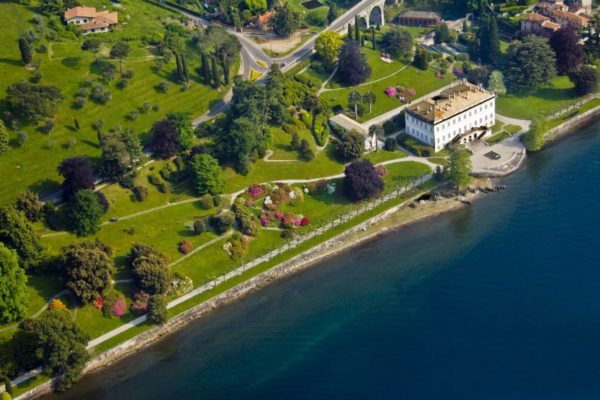 Tour of Lake of Como

The magnificent landscape of Lario, another name with which Lake Como is known, has enchanted, over the centuries, artists and travelers: from the French writer Flaubert to the musicians Gioacchino Rossini, Giuseppe Verdi and Vincenzo Bellini, who wrote the opera “Norma “.The lake has given birth to illustrious figures such as the Italian physicist Alessandro Volta, inventor of the first electric power generator, the pile, preserved in the Museum of Physics of the” Sapienza “University of Rome.
Nowadays, the lake continues to attract celebrities of the international jet-set who appreciating the beauty of the lake and the suggestive localities that surround it have decided to establish their home. Lake Como, located about 50 kilometers from Milan, between the provinces of Como and Lecco, is the third largest Italian lake, after Lake Garda and Lake Maggiore, and is the deepest (410 meters). The lake, among the most important in Lombardy, with its characteristic inverted Y shape, winds through three branches: from Como to the southwest, from Lecco to the southeast and from Colico to the north. From its banks you can enjoy multiple and fascinating views: charming villages, beautiful villas and lush gardens await visitors looking for relaxation, entertainment and culture in close contact with nature. Also interesting are the stages of the Rationalist Itinerary with houses and monuments designed by architect Giuseppe Terragni in Como. The Lecco branch is marked by Manzoni routes of memory. In Colico, the people of the surf wait for the Breva or the Tivano, twenty lariani carriers of good weather. Then the climbs to the belvedere: Brunate with the rack-shaped funicular up to 700 m in height; the Voltiano di San Maurizio Lighthouse with a 143-step spiral staircase, overlooking the lake and the Alpine arch; the Pigra Argegno cable car, to admire the southern part of the Como branch. Panorama of election is what can be enjoyed from the boat. All points of view of enchantment.

Lake Como is one of the places of our country renowned all over the world and a destination for tourists throughout the year that they appreciate. It is also known by the name of Lario, from the Latin Larius as the Romans called it (Lacus Larius). Today little used, but we find it in the name of some localities (Abbadia Lariana, Mandello del Lario, Gera Lario and others) and is used to identify that piece of land between the two branches of the lake that forms a triangle with vertices respectively in Bellagio, Como and Lecco: the Larian triangle. Lake Como offers a succession of glimpses that remind us of the Norwegian fjords: dug between the chains of the Orobie Pre-Alps, which make it fascinating and special, especially on the eastern side. The western side instead offers us spectacular villas renowned for their gardens and for the history and art that they hold.

The most important center is Como, the city that gives its name to the lake, with its valuable monuments, the charming old town and the picturesque views. If boats and hydrofoils are an excellent opportunity to admire the city and fully enjoy the beauty of the landscape, to enjoy a wider view there is no more suitable means of the funicular that connects Como to Brunate. The second most important city is Lecco, famous above all for being the town of Promessi Sposi. Equally suggestive are the towns along the lakefront like Cernobbio, home to large stately villas such as Villa d’Este and Villa Erba, and Bellagio, known as the “pearl of the lake” for its attractive scenery. Semi unknown but very fascinating the island Comacina, a small green jewel surrounded by the waters of the lake, in which settlements dating back to the Roman era were found, which is why scholars love to call it the “Pompei Lariana”. The construction of Como, built to replace the Romanesque cathedral of Santa Maria (1015), while presenting different styles (Gothic facade, sides and Renaissance side portals), preserves a harmonious and grandly unitary whole. The imposing façade with spiers and pinnacles is rich in sculptor decorations, mostly the work of Giovanni Rodari’s workshop, to which we owe in particular the two niches dedicated to the Latin writers Pliny the Elder and Pliny the Younger, and the decorations of the three portals, the left of which is called “della Rana” because of a frog depicted on the pilaster of the door that, jumping out of a pond, climbs on the foliage in the act of surprising a butterfly. The interior of Gothic style is divided into three naves divided by 10 pillars and preserves numerous works of considerable importance. Among these: paintings by Bernardino Luini (Adoration of the Magi) and Gaudenzio Ferrari (Marriage of the Virgin and Fugue in Egypt), Renaissance tapestries (some on drawings by Giuseppe Arcimboldi), the 16th century altarpiece by Sant’Abbondio, protector of the city, the temple baptismal font from 1590 and the two Romanesque lancet lions from the ancient church of Santa Maria.

Lecco is the city that gives its name to the eastern branch of Lake Como. The fame of Lecco is inextricably linked to Alessandro Manzoni who drew inspiration from these places for the events of the “Promessi Sposi”.Here a little of everything is reminiscent of the famous novel and its author: Pescarenico, the village of Lecco explicitly cited by Manzoni, where traces of the friary of Fra ‘Cristoforo are found, the city districts of Acquate and Olate, identified as the villages of Renzo and Lucia, the presumed house of Lucia in Olate and the church of S. Vitale and Valeria, considered the parish of don Abbondio, the promontory of Zucco on which until 1938 one could admire the sixteenth century palace of don Rodrigo, now completely transformed. There is also a monument to Manzoni erected in the homonymous square and the Manzonian museum housed in the villa where the writer spent his childhood and adolescence, where heirlooms, manuscripts and rare editions of the famous literary work are exhibited. Piazza XX Settembre, the ancient Piazza del Mercato, with the Visconti Tower (XVI century), the Basilica di San Nicolò, now the city’s Duomo, the nineteenth-century Town Hall (Palazzo Bovara) and the Azzone Visconti Bridge with its arcades are also worth a visit. . Built during the Renaissance, the bridge served to connect Lecco to the Duchy of Milan and still today represents access to the city for those arriving from Milan or Como.

Charming town, known for its enchanting position and the characteristic old town, Bellagio is an exceptional tourist destination. The so-called “pearl of Lake Como” rises romantically on the tip of the promontory that divides the lake in the two branches of Como and Lecco, in an enchanting landscape context. Colored houses, picturesque alleys, characteristic stairways, ancient churches make the old village a place of great charm. Between the eighteenth and nineteenth centuries, noble and rich bourgeois Lombards built luxurious villas in which famous people, both Italian and foreign, found hospitality. Napoleon Bonaparte was a guest of Count Melzi d’Eril at Villa Melzi, a beautiful villa built in the neoclassical style surrounded by a beautiful English garden dotted with statues in which the pianist and composer Franz Liszt loved to stop. The emperor Francesco I, the Kaiser Guglielmo, Alessandro Manzoni instead, stayed in the ancient Villa Serbelloni, a beautiful complex immersed in a spectacular terraced park made of paths, glades, exotic plants and many roses. Today the Villa belongs to the Rockefeller Foundation of New York which has made it a center of studies and conferences.

An elegant tourist resort on the shores of Lake Como and at the foot of Mount Bisbino, Cernobbio owes its name to the presence of an ancient Cluniac convent (Coenobium) built around the year one thousand. The heart of the town is Piazza Risorgimento, also known as the “Riva”, which overlooks the lake. In addition to the enchanting views, Cernobbio is known for the presence of many prestigious villas. The imposing Villa Erba built in 1898, is an extensive complex consisting of manor house, guesthouse, greenhouses, dock, stables, service houses, surrounded by a large park. Noble residence of the family of Luchino Visconti (the great director loved to spend the summer holidays here), the villa is today an important congress center that hosts events and events. The most precious treasure of Cernobbio, however, is the sixteenth-century Villa d’Este (so renamed by the Princess of Wales, Carolina of Brunswick, in honor of its alleged Este origins), transformed in 1873 into a luxurious hotel with princely furnishings and a beautiful garden Italian with lake view. Walking along the lake you can still admire Villa Bernasconi in Art Nouveau style, Villa Pizzo formed by two buildings, one of which rises (Pizzo Inferiore) on the lake, and the eighteenth-century Villa Fontanelle immersed in a beautiful park.

A luxuriant nature and a pleasant landscape frame the remains of its illustrious past of fortified citadel (first Roman then Byzantine), of important religious center of the diocese of Como, of powerful Comune del Lario until the XII century when the Comaschi, to punish them fidelity to Milan, they razed it to the ground (1169). The Cavalier Caprani, the last owner of the island, donated it to King Albert I of Belgium who, moved by the desire to make it the seat of a colony of artists, gave it to the Italian State that entrusted it to the Academy of Fine Arts Brera (1920). Among the “treasures” of the islet the ruins of the grandiose Romanesque church of Sant’Eufemia stand out, of which are visible the division with three naves and three apses, the beautiful crypt and the portico with wings in front, the remains of a period marble colonnade preserved under the church of S. Giovanni, and the three Houses for Artists realized between the years 1936-40 by architect Pietro Lingeri in Rationalist style on the example of Le Corbusier, destined to host internationally renowned artists for short periods of time inspiration.