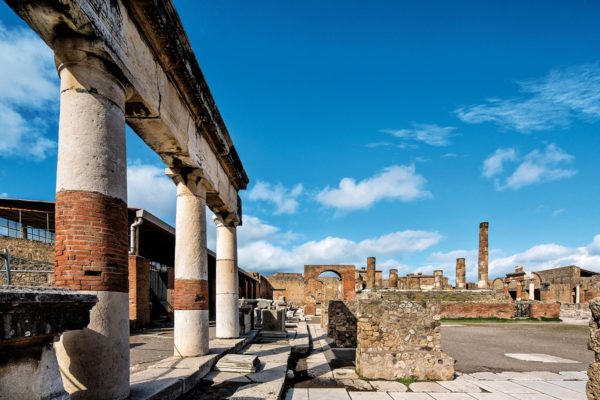 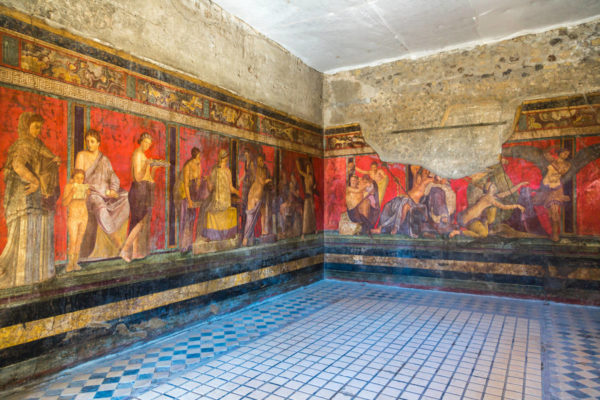 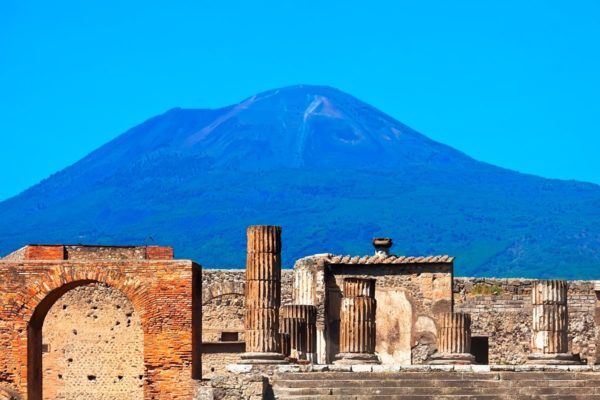 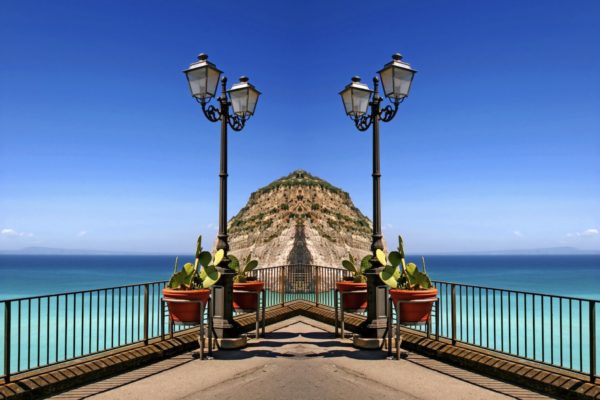 It is above all the ash mixed with other lava material to have buried for a few meters the inhabited centers except that of Herculaneum which, unlike the others, is submerged for about 20 meters by incandescent mud. Stabia will be partly rebuilt, but the location of Pompeii and Herculaneum will lose its memory. 1500 years will have to pass because, between 1594 and 1600, during the works for the construction of an irrigation canal between the river Sarno and Torre Annunziata, some finds and coins are found, but this finding remains only a trace for posterity because no other research is started and the 1631 eruption provides to cover the whole again. It will take about another century to find new finds at a depth of eight meters during the excavation of a well in the Resina countryside; we are in 1713 and finally, thanks first to the Duke Emanuele Maurizio d’Elboeuf and then to Charles III of Bourbon, regular excavations begin which bring to light many finds of great interest up to an inscription on a marble slab from which we derive certainty that those settlements are the ancient Herculaneum. Equally casual is the discovery of Pompeii, due to a farmer who, when plowing his land in 1748, realizes that a few meters below there is a whole world to bring to light. What we know today about Roman painting between the 2nd century BC and 79 it was learned thanks to the excavations of Pompeii and Herculaneum  except for some sporadic testimony in Rome  which allowed us to know the Roman decorative painting from the frescoed walls of the houses.

Land of colors, mysteries, traditions and legends, Sorrento has always enchanted, amazed and made you come back. Perhaps the sirens that according to the Greeks inhabited our sea to bequeath to this peninsula, lying between the waters, the ability to enchant with its charm. Perhaps, even today, with their song, the Mermaids enchant visitors of every place make them fall madly in love and cause them to return. So many civilizations have “lived” Sorrento, the Etruscans and the Greeks who have handed over the urban plan to the city still visible today in the historical center; the Oscans and Romans who, conquered by the charm and the climate of this land, built here the most beautiful villas of the empire. And also Byzantium, the Lombards, the Normans and the Aragonese; everyone has left his mark, a part of himself that Sorrento has jealously guarded for centuries, delivering it to us who today we have the privilege of admiring it.

Tour that can be chauffeured from Napoli, departing from the cruise port ,hotel or airport,and as well from Rome as day trip. The driving time from Rome is about 2 and half hours each way and after the stop to visit the amazing Pompeii you will go to Sorrento to enjoy the beatiful sceneries on the way and if you want a delicious lunch in a typical local restaurant. Around 3:30pm you will leave back to Rome where your driver will drop you off  at 6:00/6:30pm.

The surface of the ancient city was about 66 hectares; the excavated area is about 44 hectares (2/3 of the settlement) in which 1500 buildings have been brought to light (between domus and monuments): a decidedly extended area. I tell you now that it is impossible to think of visiting the whole site in a single day, even if you are a marathon runner. But do not despair, in a day you can still visit most of the most important monuments if you follow a reasoned itinerary that will avoid unnecessary racing back and forth.
The archaeological site of Pompeii does not need great presentations, it has fascinated young and old for at least 3 centuries and is an incredibly magical place. There is nothing like it anywhere else in the world, except for Herculaneum to whom the same fate has touched. Pompeii has remained firm for ever in its last moments of life in 79 AD, thanks to the eruption of Vesuvius that buried it under a thick layer of ash and lapilli. Thanks to this, since it was rediscovered in 1748 and the archaeological excavations began to bring it to light, we were able to give a perfect insight into the Roman life of inestimable value.It will seem strange to you, but Pompeii has long held the most visited place in the world and I hope you can take it back as soon as it deserves.

Along these streets, in Sorrento, through the alleys, the arches, the small steps that climb from the sea between the tuff rocks to reach the center, you breathe an atmosphere of “lived” of “past history” and you can try to to imagine all the peoples, so different, who have inhabited it and recognize the imprint that each of them has left for us. Among the monuments and ancient villas we can discover the testimonies of famous guests who between 1700 and 1800 chose this place as a source of inspiration, inserting it in the “Grand Tour”, that journey through the most significant Italian cities that every noble European scion made to complete their culture. Byron, Keats, Scott, Dickens, Goethe, Wagner, Ibsen and Nietzsche are just some of the artists who left an indelible mark in Sorrento drawing inspiration for their works from this small peninsula full of history and magic, a temple of traditions, myths and distant legends, cradle of ancient treasures and splendid sirens.

Be the first to review “Tour of Pompeii & Sorrento” Cancel reply