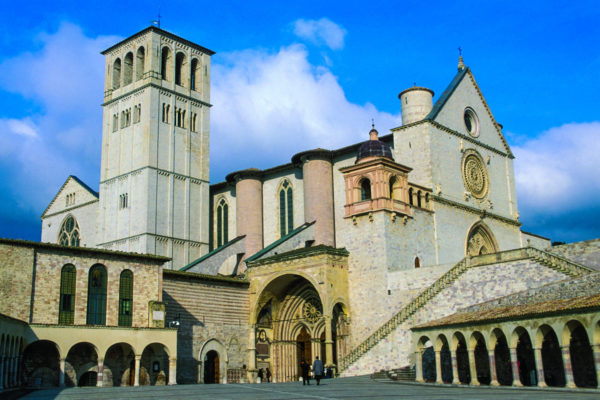 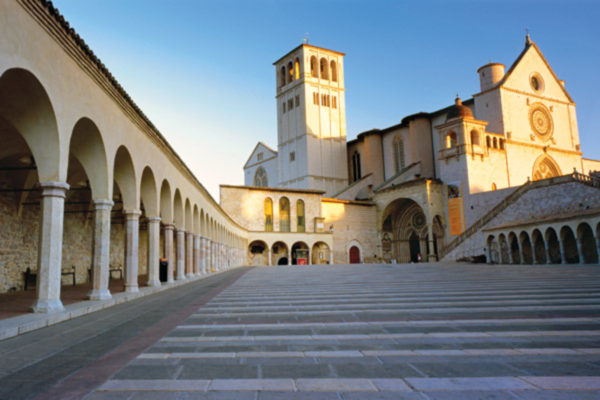 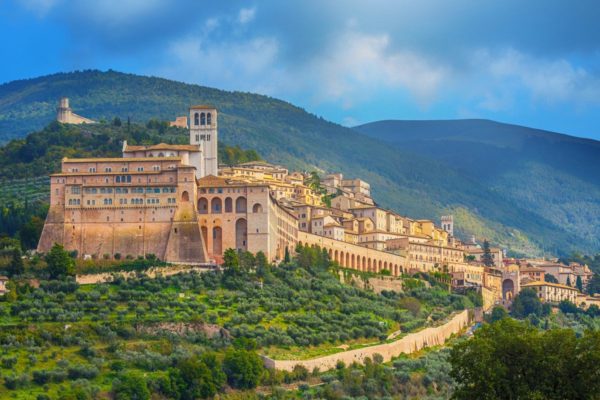 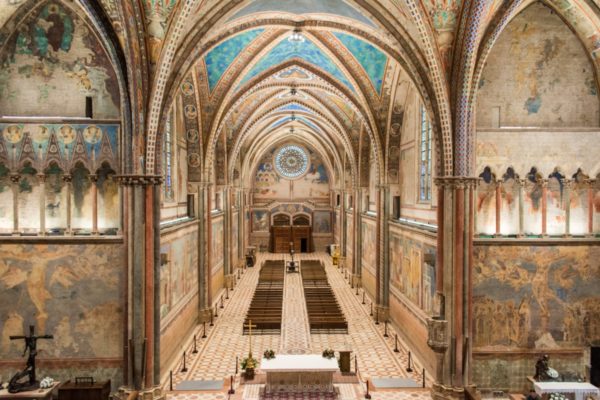 Our tour starts at you address that can be your Hotel,apartment,Cruise ship or from the airport terminal at the time that you prefer,even if always we suggest 8:00am being a day trip outside the city. Our driver professional and fluent English speaking will meet you and drive you to Assisi by a comfortable fully loaded minivan. Our tours are dedicated to small groups not more than 8 passengers to offer a better personalized service far from the crowd of a big bus tour. At your wish we can also arrange a local lunch in a cacteristic trattoria or restaurant to enjoy a taste of Italy in a real Italian atmosphere. The end of the tour will be where you better prefer and could be a different location from the pick up place if you need it.

The tour can be customized as you wish pick up time and stops on tour.We only give you a suggestion as the tour should be but definitely it’s you that decide where to go and how long stay in each sight.

One of the most famous towns in Italy is Assisi, a Unesco World Heritage Site, and, above all, homeland of St. Francis, the man who renounced all his possessions in order to spend his life to helping the needy.
Dedicated to him is the splendid Basilica, one of the simbols of Christianity, located on monte Subasio , from which it overlooks the entire valley, is dedicated to him. Apart from being a strong appeal for million of religious believers, the Basilica is a monument of great artistic value. Nearby, places which are connected with the life of St. Francis can be visited, such as the Eremitage of the Prisons, immersed in a thick wood of oaks and olives on the slopes of the Subasio Mount, and the convent of St. Damian, which was built up around the oratory were, according to tradition, the Cross spoke to the Saint. Finally, in the plain, the impressive Basilica of Saint Mary of the Angels was built according to the plans of Alessi between 1569 and 1679 to protect the Porziuncola Chapel, which was the first simple meeting place of the Francescan brotherhood. Outputs from the Upper Church, you will walk along Via San Francesco to reach the medieval Piazza del Comune around which stands the Temple of Minerva, dating from the first century B.C., a true jewel of ancient art. You didn’t see deeply  Assisi without have tasted at least 4 culinary delights: The Pecorino ,Ciauscolo (spreadable salami made from a mixture of pork),  Umbricelli   (thick handhandmade spaghetti with truffles or norcina styles), Rocciata (typical cake with medieval origin stuffed with apples, hazelnuts, walnuts and raisins)

1 review for Tour to Assisi