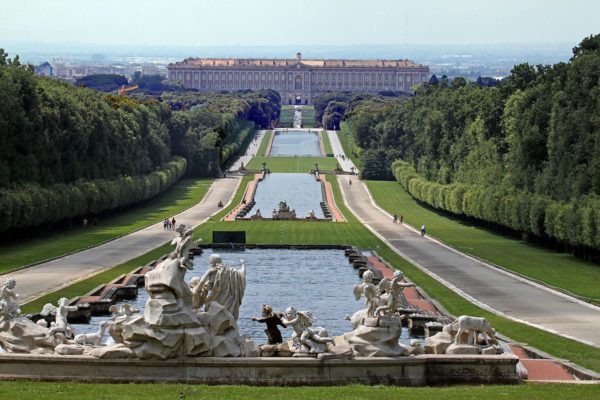 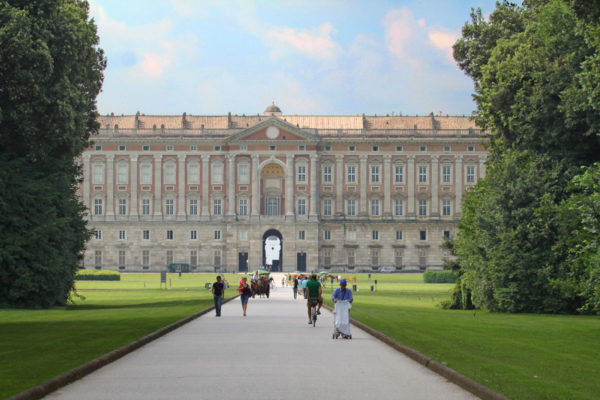 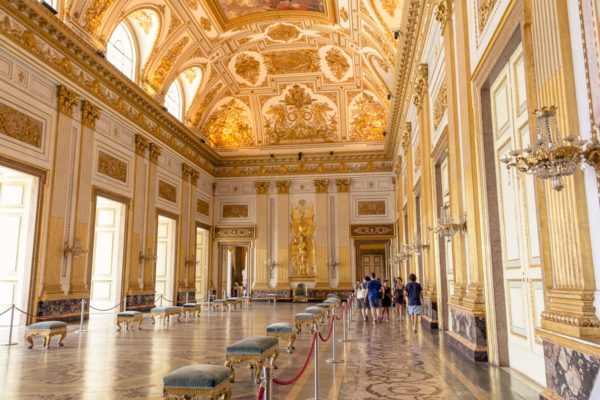 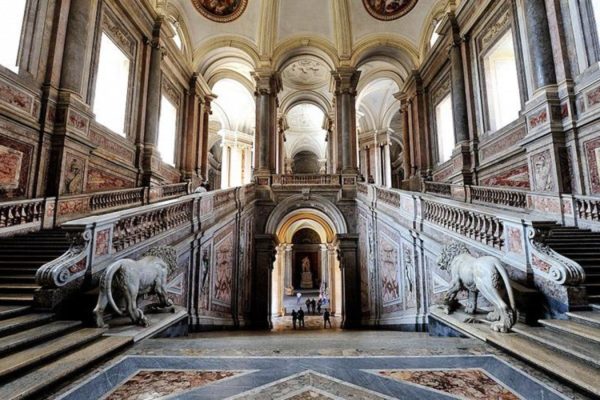 The ancient Galatia owes its origins to the Etruscans. Around 423 B.C. it was conquered by the Samnites and chose to remain on Hannibal’s side against the Romans; for this reason it was punished, in 211 B.C., with the expropriation and the centuriation, that is the subdivision of the whole territory into large square plots. Until the fall of the Roman Empire, after 476 AD, Galatia remained a colony. With the subsequent barbarian invasions the city began its slow decline until the devastating destruction of 863 AD. by Pandone the Raptor who forced the inhabitants of the ancient city to take refuge on the nearby hills. Caserta, with the Norman invasions, was subjected to the new lords in the form of a county, then the Caserta State was established, feudalism and cavalry were introduced and in 1113 the construction of a Cathedral was started. Starting from 1734 Caserta, with the arrival of Charles of Bourbon (depicted in the painting on the right), lived a period of splendor and saw the construction of the Royal Palace and a general rebuilding of the city. Caserta thus assumed the features of a court city and soon even the diocesan headquarters moved to give life to a new cathedral. With Ferdinando II Caserta lived a new development and became the center of court and state affairs. After the defeat of the Bourbon army in the battle of Volturno, Garibaldi placed his headquarters in Caserta. The victory of Garibaldi led to the annexation of the Kingdom of the Two Sicilies to the Kingdom of Sardinia. From 1860 to 1919 followed the period related to the vicissitudes of the Savoy. From 1926 until 1943 it was the seat of the Italian Air Force Academy, in December 1943, after the landing in Salerno, it was occupied by the allied troops. In 1945 he welcomed the plenipotentiaries who signed the surrender of Germanic arms in Italy.

From Rome in a couple of hours we arrive in Caserta a city just 30 km from Naples that in the eighteenth century was elected as a royal residence by the Bourbons who then dominated this part of Italy. Our driver will pick you up with one of our comfortable minivans and in full relax you will enjoy with your small group a memorable tour in this beautiful city that is not one of the most popular tourist destinations so not chaotic and full of people but certainly is one of the best sites in Italy

In 1750 Charles of Bourbon (1716-1788) decided to erect the palace as the ideal center of the new kingdom of Naples, now autonomous and free from the Spanish rule. reggiaThe choice of the place where the new administrative capital of the Kingdom would rise fell on the plain of Terra di Lavoro, on the site dominated by the sixteenth-century Palazzo degli Acquaviva. The project for the imposing construction, destined to rival the other European royal residences, was entrusted, after alternating events, to the architect Luigi Vanvitelli (1700-1773), son of the most important painter of views, Gaspar Van Wittel, already active in Rome under Benedict XIV in the restoration of the dome of St. Peter. The construction of the Royal Palace began with the laying of the first stone on January 20, 1752 and proceeded briskly until 1759, the year in which Charles of Bourbon, who died the King of Spain, left the kingdom of Naples to reach Madrid. After Carlo’s departure, the construction of the new Palazzo, as the palace was called at the time, suffered a significant slowdown, so that the death of Luigi Vanvitelli, in 1773, they were still far from being completed. Carlo Vanvitelli, son of Luigi and later other architects, who had trained at the school of Vanvitelli, completed this grandiose royal residence in the following century. The Royal Palace of Caserta has a rectangular plan divided on buildings facing four large internal courtyards and covers an area of about 47,000 square meters for a height of 5 floors equal to 36 linear meters. An imposing portico (optical telescope “) is the ideal connection with the park and the waterfall, scenographically placed at the peak of the perspective flight thus created.

Be the first to review “Tour to Caserta” Cancel reply