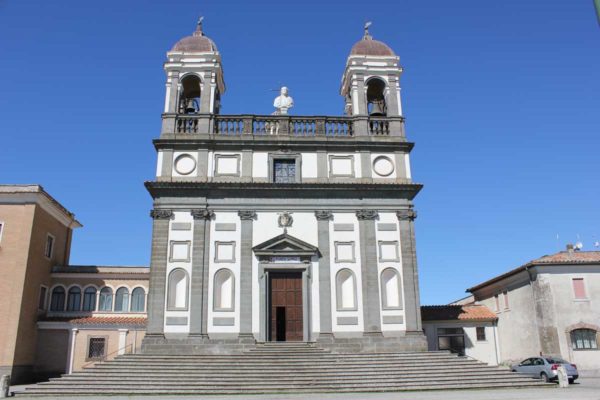 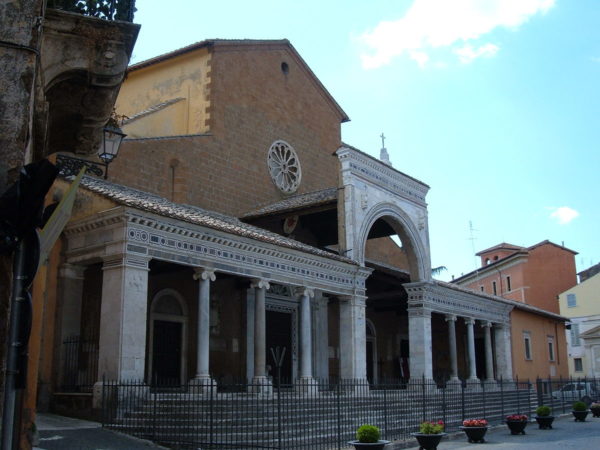 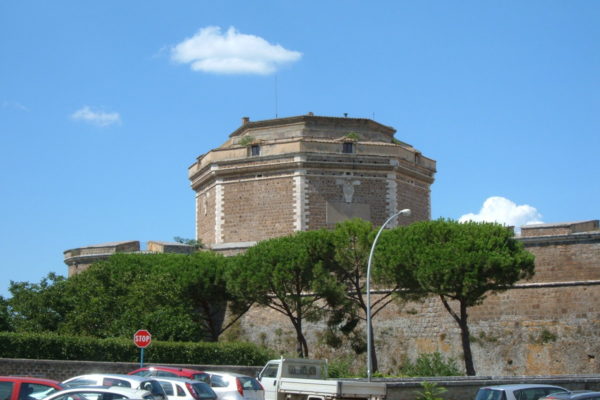 Civita Castellana is located on a spur of tuff stretched between two gorges formed by two tributaries of the Treja River. Lying along the slopes of the Cimini Mountains, the territory of this ancient Faliscan city, one of the most characteristic of Lazio, is characterized by the presence of red tuff originating from the eruptions of the Vicano volcano. In his Italienische Reise, Johann Wolfgang von Goethe, wrote: “The city is built on volcanic tufa, in which it seemed to me to recognize ashes, pumice and fragments of lava. Beautiful view of the castle: Mount Soratte, a limestone mass that is probably part of the Apennine range, stands solitary and picturesque. The volcanic areas are much lower than the Apennines, and only the water courses, rushing impetuous, have carved them creating reliefs and precipices in stupendously plastic forms, precipitous rocks and a landscape all discontinuity and fractures. Civita Castellana, inhabited again during the eighth century after the abandonment of 241 BC, has been enriched over the centuries following many great works. The cathedral of Civita Castellana is also known as the church of Santa Maria Maggiore. It was built by one of the most important families of Roman marble workers, the Romanesque style Cosmati at the end of the 12th century; renovated between 1736 and 1740, of the original age, only parts are visible today. The façade is divided into three parts and on it rises the brick bell tower open by three orders of single-lancet windows; a large staircase leads to the portico, which preserves archaeological finds from various eras, with architraved columns and a large median arch, once decorated with a blue mosaic with gold writing; the portico, probably the most important work of the Cosmati, dates back to Jacobus Laurentii (Iacopo di Lorenzo) and his son Cosma and can be dated to the early 1200s.

Civita Castellana is in the province of Viterbo and anyway not far from the eternal city,is a pleasant day trip to admire some works of the famous family of Cosmati. Our driver will pick you up at your address with a comfortable minivan and the group won’t be more than eight people. In the surroundings there are other small villages worthy to be seen as Sant’Oreste where you can enjoy a fantastic local traditional lunch.

In addition to obtaining new fortifications (end of the 10th century) and a new road system (commissioned by Pope Pasquale II, owner of the district in the 12th century), many new structures were erected at Civita Castellana. Among these we remember the Fortress (commissioned by Cardinal Rodrigo Borgia, future Pope Alexander VI, in 1447), the Cathedral (built by the religious community) and the Ponte Clementino (1709). In the eighteenth century Civita Castellana was already an important road junction. Moreover, at the end of the same century, thanks to its fortunate position, it became one of the first centers to acquire a manufacturing pole.

In fact, Civita Castellana is still one of the most important industrial ceramics production centers. This, in a certain sense, takes up the ancient faliscon tradition of the processing of this material. The visit to the city continues with the Rocca dei Borgia (or Forte Sangallo) which houses the Archaeological Museum of the Agro Falisco. Furthermore, we can admire the Duomo, the “Spanish” façade of the Palazzo Comunale and the churches of San Francesco and S. Maria del Carmine.

Like every ancient city, Civita Castellana also has its traditions. One of these is the carnival that bases its historical roots in the ancient ludi dedicated to Minerva and Osiris. In addition to the carnival are among the traditions, the culinary ones of “frittelloni” and “pan molle”.

Very interesting and rich in tourist itineraries, they offer the surroundings of Civita Castellana. In the first place the characteristic village of Calcata (14.4 km) immersed in the magnificent Treja Valley Park. We also recommend a visit to Nepi (10.4 km), historic tourist and economic resort of Tuscia. Finally, you can not miss the charming Falerii Novi (7.3 km), an abandoned village among the most interesting and known of Lazio.

Be the first to review “Tour of Civita Castellana” Cancel reply