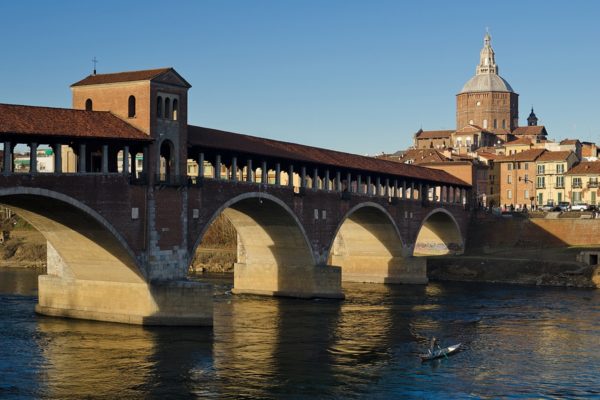 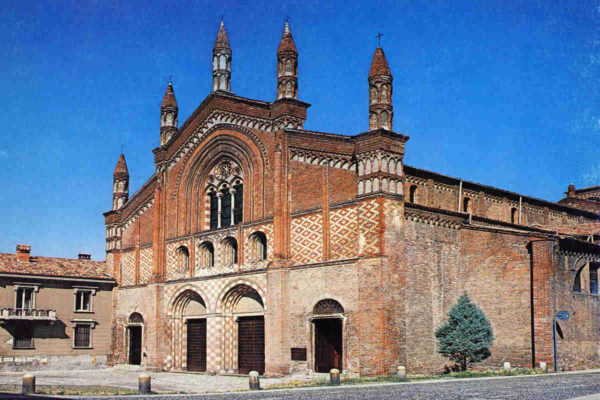 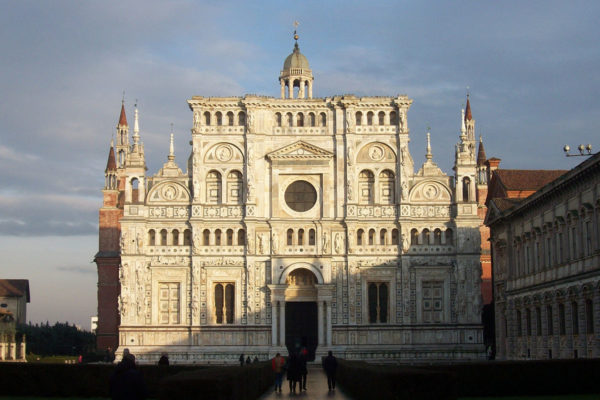 Pavia was built as a result of first settlements by populations coming from Trans-Gaulian Gaul, perhaps the Levi, Marici or Insubri. The city of Pavia was founded by the Romans, to whom we owe the plan of the city remained intact to this day. Two orthogonal road directives constituted the fundamental trace of the chessboard scheme that designed the city’s structure: the maximum hinge, corresponding to Strada Nuova and the maximum decumanus, corresponding to Corso Cavour. The ancient name of Pavia was “Ticinum”. Sacked several times by the barbarians, it was conquered by the Lombards in 572 and made capital of their kingdom, with the name of Papia, hence the modern name. The Lombard domination lasted for two hundred years, until 774, when Pavia was conquered by Charlemagne. In the Church of San Michele Maggiore in Pavia were crowned King of Italy Berengario del Friuli and his successors up to Berengario II and Adalberto II. The symbolic places of Pavia are the Ponte Vecchio, San Michele Maggiore and the evocative courtyards of the University. During the wars between the German emperor Federico Barbarossa and the municipalities of the Lega Lombarda, Pavia was loyal to the imperial army, and then gradually lost importance from the political point of view. It was finally annexed from 1360 to the Duchy of Milan, under the dominion of the Visconti family. In the sixteenth century the battle of Pavia is very famous, fought on February 24, 1525 between the French and the Imperials who won because the Forlì fortune captain Cesare Hercolani, wounding the horse of King Francis I of France, allowed the capture, deserving the nickname winner of Pavia and the gratitude of Emperor Charles V of Habsburg. Related to this story is the story of the Zuppa alla Pavia, simple soup with dry bread, eggs, cheese and butter cooked by a peasant to the king just took prisoner. It is said that the king liked it so much that it was included in the court menu with the name of “soupe à la pavoise”. From the beginning of the eighteenth century until the mid-nineteenth century Pavia was under the foreign, alternate domination of Spaniards, French and Austrians. In 1859 it became part of the Kingdom of Sardinia (future Kingdom of Italy) along with the rest of Lombardy.

Pavia, an important center on the river Ticino and not far from the confluence of the latter in the Po, was an important Roman city with the name of Ticinum. The historic center is rich in monuments and places of interest, starting from the sumptuous palaces of the Lords of the city, such as Palazzo Malaspina, the Reggia di Re Alboino and Palazzo Bottigella. Among the religious monuments stand out the Cathedral of Pavia, a large building with a Greek cross plan, and the medieval church of San Pietro in Ciel d’Oro. A few steps from the center stands the Visconti Castle with its grandiose hunting grounds which extends up to the Certosa di Pavia, a magnificent historical monumental complex with a splendid façade with the Lombard school architecture, to whose realization collaborated the likes of Cristoforo Mantegazza and Giovanni Antonio Amadeo.

Pavia is a city full of charm located on the banks of the Ticino, famous in Milan, mostly for the many interesting exhibitions that populate its cultural spaces every year. But its beauty is in every corner and building that populates its streets. There are numerous churches enclosed within the city of Pavia. and many of them hide works of high artistic and cultural value. First of all Santa Maria del Carmine, one of the most beautiful sites of Lombard gothic architecture, commissioned by Gian Galeazzo Visconti in the second half of the fourteenth century. To make an unmissable stop in the historic center are its frescoes and paintings but also the beautiful Romanesque facade.

San Pietro in Ciel D’Oro instead owes its name to the beautiful dome decorated in gold that makes the church one of the most important medieval religious monuments of Pavia. Also worthy of note is the Arca di Sant’Agostino in white Carrara marble from 1362. The Cathedral dominates a smaller square just behind Piazza Grande: specifically, the name is that of the Cathedral of Santo Stefano and Santa Maria Assunta, dating back to the 1488 but renovated several times over the years.

Finally, other places such as the Basilica of San Michele Maggiore hide architectural mysteries. In this case, for example, it is said that the building was designed specifically to direct the beams of light towards the apse area that probably saw the coronations take place in its time.

Finally, the main square, Piazza della Vittoria, offers an interesting glimpse of the fourteenth and fifteenth century palaces. Among these stands Palazzo Broletto, born as a bishop’s seat and then passed to a place for the city assemblies, prison and much more, until becoming today a place for tourists and for the exhibition of contemporary exhibitions.

Like every city, even Pavia keeps its medieval soul alive thanks to the beautiful Visconti castle, the seat of the Civic Museums. Built in 1360 by the Visconti dynasty, it can be visited during the opening hours of the museums by ticket, while for the garden, the arcade and the arcade the visit is free. Its halls house the archaeological museum, the art gallery and an area on modern sculpture. Other signs of past eras are those left by medieval towers. Pavia was also known as the “city of a hundred towers”: in the past there were about 78 used as defense, but also as a symbol of rivalry between historical families. To date, the most important are those present in the center near the University of Pavia.

Last place that remembers distant epochs and that today is one of the symbols of the city of Pavia is the covered bridge, which crosses the Ticino and that connects the old town with Borgo Ticino, full of colorful houses. The bridge, as the name suggests, is entirely covered and consists of five arches, with a small chapel in the middle. Near the bridge there is the house where for a time he stayed at Ugo Foscolo, which today can not be visited because it is a private residence; externally, however, a plaque is visible in his memory.

Be the first to review “Tour of Pavia” Cancel reply