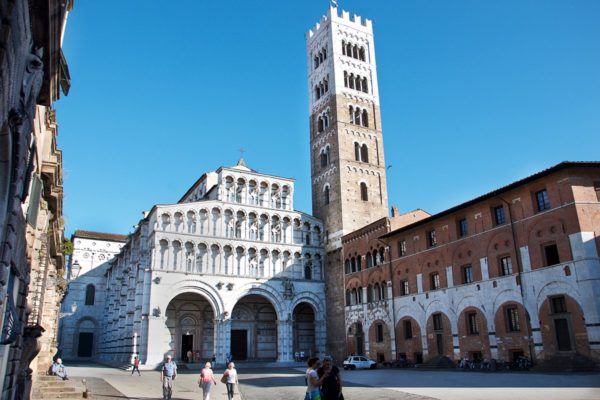 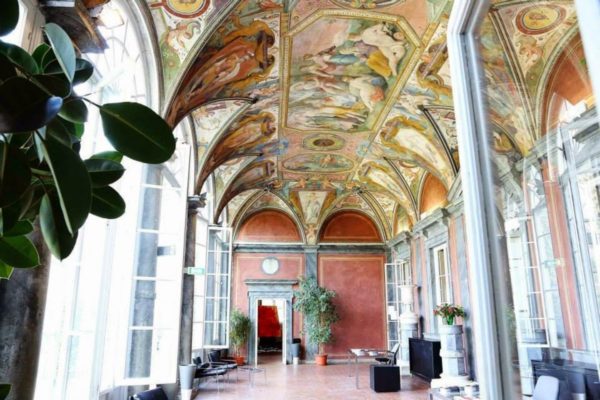 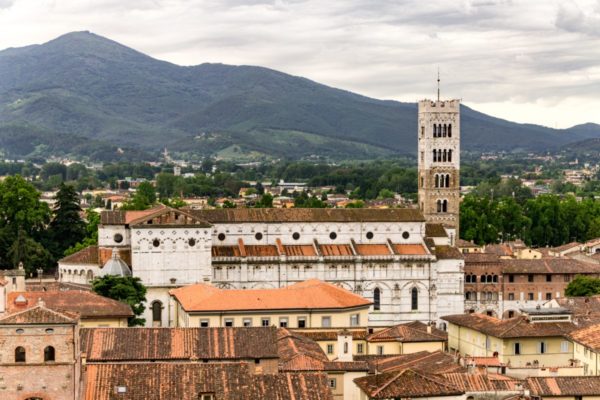 In 180 BC Lucca becomes a Roman colony. It was in Lucca that in 56 a.C.Care, Pompeo and Crassus met and renewed the government pact called the first triumvirate, previously stipulated in 60. After being conquered by the Ostrogoths (493) and then by the Byzantines (552), between 568 and 584 the Longobards arrived in Lucca. Sackings and devastation began, but gradually there was a rapprochement between the new conquerors and the indigenous population, thanks to the profound religiosity shown by the Lombards and the granting of a juridical condition to Lucca in the new political organization decreed by the Longobard kings Autari and Agilulfo. Thus the Duchy of Lucca was founded, the archetype of modern Tuscany, including Florence (at the time a very small city with no communication routes). Subsequently Autari reorganized Tuscany constituting three ducats: the Duchy of Lucca, the Duchy of Florence and the Duchy of Pisa. That of Lucca became the habitual seat of the king and important road junction with the construction of the via Francigena. In 990 the Longobard domination ends and Lucca passes under the Franks. With the advent of the Holy Roman Empire, Florence became the new capital of the Marquisate. With the death of the Marquess of Tuscany Matilde di Canossa (1115), Lucca – a city of merchants and bankers – began to take its first steps towards independence. The newborn municipality of Lucca assumes a new order, and the city is divided into the five parts that take their name from the doors to which they belong: Santi Gervasio and Protasio, San Donato, San Paolino, Santa Maria and Porta di Borgo. Paolo Guinigi was elected lord of Lucca on 21 November 1400 after numerous clashes and transverse vendettas, between the Guinigi family (supported by the people) and that of the Forteguerra (supported by the big merchants). In the second half of the fifteenth century, Lucca will be involved in numerous border wars and begins its period of decline. Dante Alighieri included many references to the great feudal families that had a great jurisdiction with administrative and judicial powers. Dante Alighieri himself spent many of his years in exile in Lucca.

Lucca can be visited from the port of Livorno as well as from Florence and Pisa. In the historic center, along its extraordinary squares and streets, among the most interesting monuments there is the Piazza dell’Anfiteatro, the Torre Giunigi and the Cathedral of San Martino.A Lucca you can also visit the medieval towers and the wall, buildings with an excellent state of conservation.Lucca is a fantastic city that combines the splendor of Renaissance art with medieval architecture

The best way to start discovering Lucca is to look at it from above. You can do it by climbing on its mighty walls, on the Guinigi Tower or by facing the 207 steps of the even higher Torre delle Ore. From these points you can admire a splendid view over the roofs of the Tuscan town, an overall look that allows you to appreciate its beauty and harmony and rediscover the same urban structure desired by the Romans. Piazza dell’Anfiteatro, tells already in the name what was in this space occupied today by one of the most beautiful squares in Italy. The Church of San Michele, also called the Forum, rises where the center of ancient Lucca was. The two main axes, Via Fillungo and San Paolino, today streets of shopping and sociality, follow the Roman decumani. Lucca is a hospitable, tidy city, with excellent gastronomy and surroundings with unspoiled nature.

We think not to do wrong to other Italian cities if we define Piazza dell’Anfiteatro di Lucca one of the most beautiful in Italy. Built starting from 1830 by the architect Nottolini, it recalls the ancient layout of the Roman amphitheater. The building sacrificed much of the Roman buildings, which are visible partly inside the shops surrounding the square. The harmony of Piazza Anfiteatro is captured admiring it from the center and is due in large part to the absence of large openings. The access to the square, in fact, takes place from four small vaulted doors and this gives it the appearance of “closed square”. The point of intersection between the 4 doors is indicated by a ceramic tile in the center of the square. The shops, the bars, the outdoor tables of the bars and the weekly market make it the heart of Lucca, an obligatory point of passage and stop for citizens and tourists.
The first thing you notice of the Duomo dedicated to San Martino is the asymmetry of the right side of the façade that had to be adapted to the already existing bell tower. On the polychrome façade that is inspired by the Cathedral of Pisa there is the statue of San Martino in the act of dividing his cloak with a poor man. On the right side there is a labyrinth that refers to the myth of Ariadne and Theseus and, symbolically, to the path to be done in life to seek the way of redemption. The interior has three naves and preserves some extraordinary works of art: first of all the Ilaria del Carretto Funeral Monument, wife of the lord of Lucca Paolo Guinigi, made by Jacopo della Quercia. The work to which the people of Lucca are most fond of is the ancient crucifix of the Holy Face (or Santa Croce) which would represent the true face of Christ. According to the legend, it was carved by Nicodemus, helped by the grace of God, to pass on the true appearance of Christ. After sailing adrift throughout the Mediterranean, he stopped in the port of Luni and was brought to Lucca by Bishop Giovanni in 782. Do not miss the Madonna and Child among the Saints. Pietro, Clemente, Paolo and Sebastiano del Ghirlandaio and Tintoretto’s Last Supper.                                                                                                                                                                            Like many other Italian cities, Lucca is also referred to as a “city with 100 churches”. The abundance of places of worship does not refer only to the visible churches but also to the private chapels, annexed to the palaces, some of which are still visible. After the Cathedral of San Martino, the two most important churches are those of San Michele and San Frediano. San Michele is located in the homonymous square where once stood the Roman Forum. It is striking for its very high façade that is four meters above the roof and on which stands a St. Michael the Archangel in the act of killing the Dragon. According to a legend, at the finger of the statue there is an exceptional diamond that at night you can see shine. San Frediano is one of the oldest places of worship in Lucca, founded by the saint whose name it bears. Striking for the mosaic on the facade (very rare for a church in Romanesque style) and for the beautiful baptismal font housed inside.

You do not notice the majesty of the Walls of Lucca until you step on it. It is not so much the height to astonish (12 meters) but the length of 4 kilometers and the width of 30 meters,as four lanes of highway! With all this space available and without even an enemy from which to defend themselves, it was natural for the city to turn this space into a beautiful tree-lined avenue where to walk, play sports, organize events or simply enjoy the beautiful view over the rooftops of the city. Admired all over the world for their architectural value, they have always been the object of study for architects and planners: they are, in fact, the only example of defensive walls of the modern age that have survived intact to this day. They were built between 1504 and 1645 on a project by Alessandro Farnese and, fortunately, they never served to defend the city from a siege. They were very useful, however, to save the center of Lucca from the violent flood of the river Serchio on November 18, 1812.

There was a time, in the Middle Ages, when in Lucca there were 250 towers of all sizes. Today only two remain: the Guinigi Tower and the “delle Ore” Tower. The Guinigi Tower was built by the rich and powerful family of Lucca merchants of the XVth century. It is 45 meters high and on the top it has a hanging garden where, for some centuries, beautiful oaks grow. Their shade is ideal, especially in summer, to recover from the ascent of the 230 steps. The Tower of the Hours is an irresistible call for all European fans of time-measuring mechanisms: installed in 1754 by the Lucca watchmakers on a previous one in place of a pre-existing clock, still works today with manual winding and has a visible mechanism . Also in this case we arrive after 207 wooden steps and the view is spectacular, also because it is the tower is even higher than that of the Guinigi.

Be the first to review “Tour of Lucca” Cancel reply