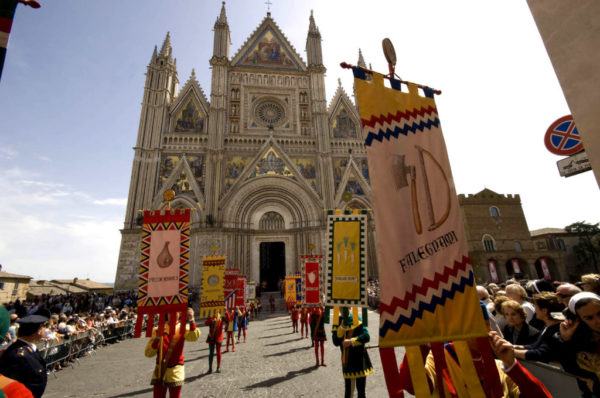 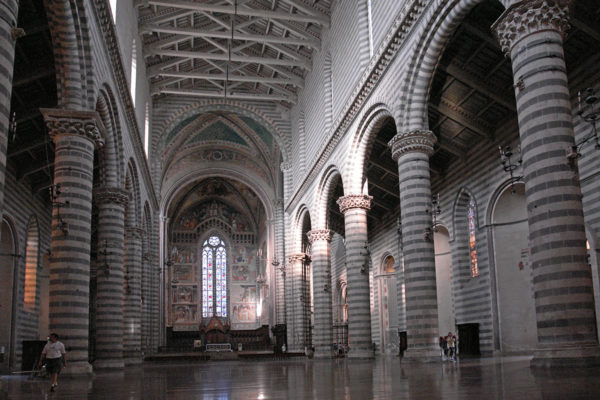 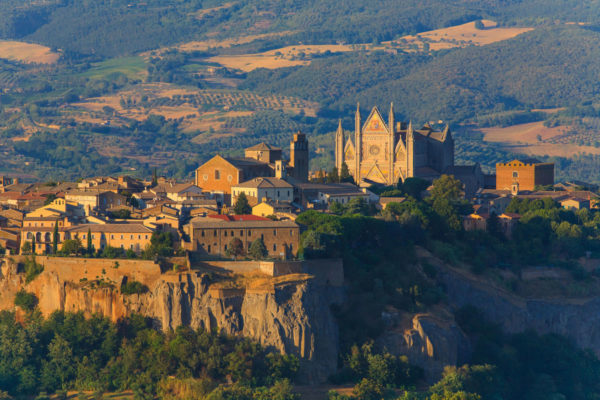 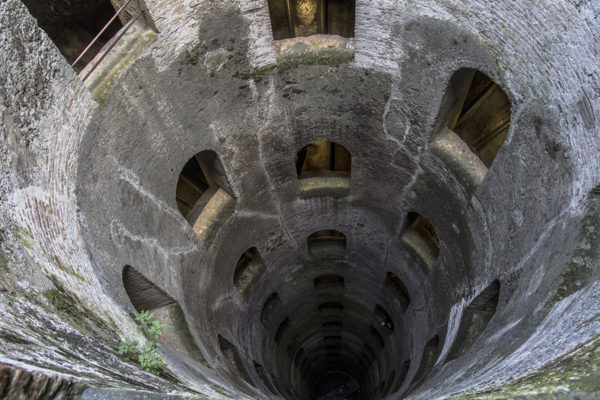 An important Etruscan center, identifiable with Volsinii Geteres, Orvieto maintained its primitive economic prosperity in Roman times, especially based on the production of its ceramic workshops. At the time of the barbarian invasions it was occupied by Alaric and Odoacer; Vitige made it a defensive stronghold in the war against the Byzantines, which Belisarius succeeded in conquering in 538 and Totila still temporarily reoccupied, before the final Gothic defeat. The first mention of the diocese of Orvieto dates back to 590. Orvieto was then part of the Tuscia brand, and was later incorporated into the Matildino heritage; in 1137, however, the autonomous municipality appears to have already formed, which soon became Guelph stronghold in central Italy (1157 is the first act of dedication to the Church), impregnable to the repeated attacks of the Ghibelline exiles and the Swabian emperors Frederick I and Henry VI ( 1189), in the second half of the century 12 °. The papal appointment of the first podestà, the Roman Pietro Parenzo, dates back to 1199; but the city struggles between the opposing factions of the Monaldeschi (Guelphs) and the Filippeschi (Ghibellines) continued on during the century. 13th, until the same Martin IV was forced to leave the city, where the papal court had long resided, in front of the irrepressible Antiangioino and anti-French movement (1282). The last, bloody episode of city struggles took place in Orvieto during the descent of Arrigo VII emperor: but if he finally gave up with the expulsion of the Filippeschi (20, 1313) the resistance of the Ghibelline and noble factions, short life then common democratic, and in 1334 Orvieto found in Ermanno Monaldeschi his first lord. At his death (1337) the ambitions of domination, fed by the vast municipal territory (which at the beginning of the fourteenth century went north to Lake Chiusi, south near Viterbo) formed during the century. 13th, through the wars against Florence and Siena, provoked new discord between the Monaldeschi, now divided into competing branches of Cervara, Aquila, Vipera and Cane. In 1352 he underwent the Visconti occupation, then that of Giovanni prefetto of Vico: until in 1354 he seized the cardinal Albornoz with French, Sienese and Florentine troops, who incorporated it into the Papal States. The weakening of this during the great schism still favored the temporary affirmation of the seigniory, subsequently, of Biordo dei Michelotti (1395), Giovanni Tomacelli (1398), Braccio da Montone (1416-19); received in dedication by Niccolò V in 1448, Orvieto was definitively pacified inside only by Pius II (1460). In the following centuries the city changed its municipal liberties with the dignity of capital of the fifth province of the Papal State until 1798; after the Napoleonic period, it was incorporated into the Viterbo delegation, and in 1831 it returned again to the capital; in 1860 it became part of the Italian State.

A small village in Umbria, perched on a tufa cliff, Orvieto has an ancient history. And it is a real gem of Etruscan architecture, rich in testimonies, civil and religious architecture and corners to explore. Especially for the mosaic-fronted Duomo, Orvieto actually offers a whole series of historical-artistic itineraries. . Starting from Rome in just over an hour our driver will take you to this spectacular city where you can admire the artistic beauties and taste the typical local products.

With a very suggestive definition Orvieto has been called “the tall and strange city”. It is easy to understand why, observing from below the Umbrian town standing above the cliff of tuff below. From afar, especially at night, it seems suspended in the sky while during the day, it appears to be just leaning against the clouds.

Wonder of Italian Gothic art, the Cathedral of Orvieto reveals an extraordinary harmony despite having worked 20 different artists for more than 3 centuries. The construction, begun in 1290 to give the Corporal of the Miracle of Bolsena a place to be revered, continued until the second half of 1500. The most significant interventions were by Arnolfo di Cambio, Lorenzo Maitani and Orcagna. Starting from the bottom you can admire the bas-reliefs with Storie del Vecchio and Nuovo Testamento and the Last Judgment. At the center is the magnificent rose window and all around the mosaics, which despite being very beautiful, have very little of the original ones. The interior contains two basic chapels for religion and art: the Chapel of the Corporal and that of San Brizio (see point 2). The corporal of the chapel is that of the Miracle of Bolsena, stained by the blood coming out of a host in 1263. A fundamental event for the Catholic church that built the Cathedral to house the relic and that since then every August 11 celebrates Corpus Domini. The corporal and the host are kept in a relic of gold, silver and enamel, a true masterpiece of medieval jewelery.

The Chapel of San Brizio in the Cathedral of Orvieto is a masterpiece of the Italian Renaissance. Beato Angelico and Benozzo Gozzoli worked there first, which frescoed part of the ceilings, but it was Luca Signorelli who completed it. The theme of the chapel is the Last Judgment, a story in images of the end of the world populated by angels, terrifying demons, waiting and saved sinners flown to heaven. Extraordinary scenes with the Preaching of the Antichrist, the Resurrection of the flesh, the defeat of the Devil by Saint Michael, the ascent to Heaven and the Damned to hell. On the lower left the painter has depicted himself in a calm expression, while observing the end of the world.

First of all we clarify the reason for the name: the Well is named after the resemblance to the cavity where the Irish saint loved to retire in prayer. This marvel of engineering was built in 1527 at the behest of Pope Clement VII who entrusted the task of Giuliano da Sangallo the Younger. The objective was to ensure water at Orvieto at any time of the year, especially in anticipation of a siege such as that of the Sacco di Roma from which the Pope had just escaped. The well, 62 meters deep, is entirely dug into the tuff and reaches the water that is located under the cliff on which Orvieto is built. The masterpiece of Sangallo were the double spiral staircases, wide and independent, one for the descent and the other for the risiality. This made it possible to make the water loading operations simpler, also thanks to the possibility of bringing down the pack mules. The light comes from 72 windows open towards the center of the well. If you want to find out how well the pit is down, there are 258 steps to tackle. And then go back up.

For 2,500 years the inhabitants of Orvieto have dug into the tufa cliff on which the city is built by building another, underground and hidden. Only in recent years a group of speleologists has unearthed a complex labyrinth formed by over 1200 caves, tunnels , wells and cisterns. Discovered by chance after a landslide, legends turned on the underground Orvieto but nobody had any proof of it. Today it is possible to discover Orvieto sottorrennea thanks to the Orvieto Underground project that accompanies tourists to discover this fascinating itinerary.

Unfortunately, invaded by cars during the day, Piazza del Popolo regains its charm only at night when the yellow lights turn on and on Thursday and Saturday, when the cars leave and the market arrives. The square then returns to be the central place of life civil of Orvieto, as it has been for centuries. The outline of the Capitano del Popolo palace dominates the wide space, with the strange tower and the beautiful staircase leading to the entrance hall. Today the building houses an exhibition area and spaces for congresses and events. If you are able to enter, enjoy the Salone dei Quattrocento, where the four hundred members who in various ways governed the city met.

Be the first to review “Tour to Orvieto” Cancel reply